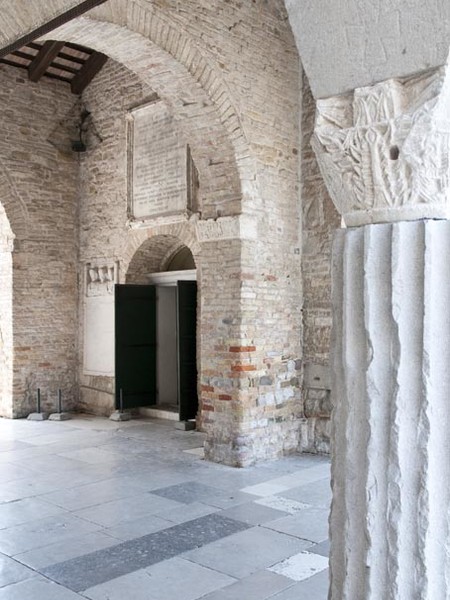 Pilgrims’ graffiti
This curiously named building (the reference is to those who had not yet been baptised) links the basilica to the baptistery. It consists of two rooms divided by a flight of steps: the eastern room, square and elevated, has a cloister vault; the western one is rectangular with cross vaults. Both feature high niches. Its date is much debated and may be anywhere between the early 9th and the 11th centuries. The current entrance in front of the basilica seems to have been built later, along with the atrium. 14th-century frescoes with figures of saints embellish the eastern section. The Pagan church’s upper level, which has not survived, accommodated the church of St Peter, first recorded in the 13th century. This was decorated with frescoes – sadly now lost – including a Crucifixion and the figures of the Evangelists, with a curious animal head.