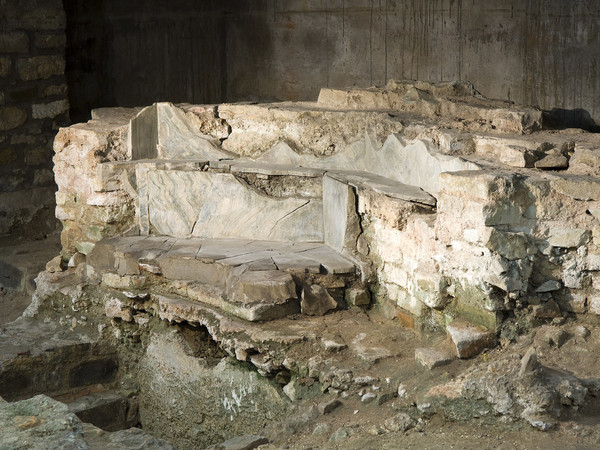 The Baptistery at the Basilica Postteodoriana of Aquileia. Photo by © Gianluca Baronchelli
The post-Theodorian basilica’s baptismal font occupies a modest space south of the building. Roughly the southern half of it remains. The font was hexagonal, outwardly star-shaped; there was probably a cover supported on colonnettes rising from each corner. The internal steps, covered with marble slabs, gave access to the inner basin, where people were baptised by immersion.