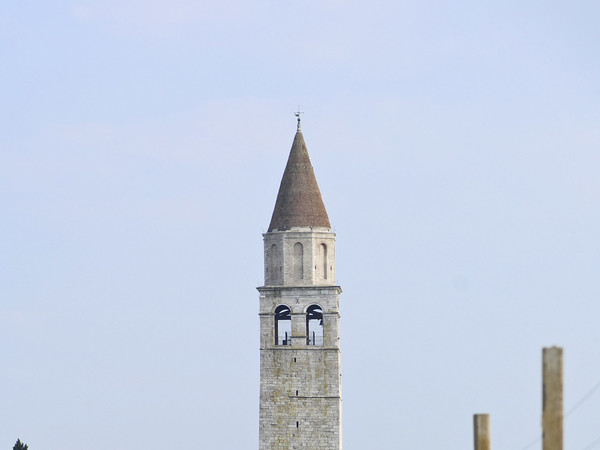 The belfry of the Basilica of Aquileia. Photo by © Gianluca Baronchelli

Mosaic floor
At seventy three metres in height, Aquileia’s basilica bell tower soars majestically over the Friulian plain. Built by Patriarch Poppo, probably at the same time as the basilica or shortly after, and in any case before he died in 1042, the bell tower was constructed by cannibalising the ruined ancient structures, especially the amphitheatre. Originally, it was a simple tower with a bell-chamber and a low hipped roof. Over time, the steps were added to reinforce the base (14th century), and in the first half of the 16th century, under the patriarchs of the Venetian Grimani family, the bell-chamber was redone. Finally, the octagonal lantern was built with its conical roof, which still stands atop this thousand-year-old structure.