Replica of the Holy Sepulchre 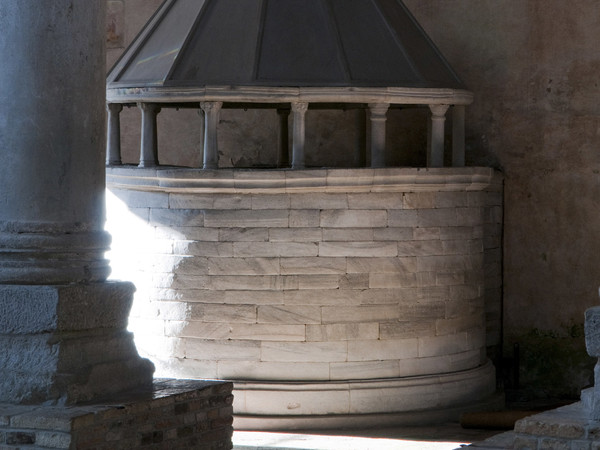 The copy of the Jerusalem Holy Sepulchre at Aquileia. Photo by © Gianluca Baronchelli
The basilica’s north aisle houses a copy of the Holy Sepulchre in Jerusalem, first recorded in 1077, less than half a century after Patriarch Poppo’s complex was consecrated. It is a circular-plan building made of marble blocks topped by a recent conical roof supported on thirteen colonnettes, although originally there may have been twelve (like the number of Apostles). Inside, the sepulchral bed takes the form of a chest, with a central hole between two hollows and an arcosolium above, with a simple altar. The building seems to imitate the Jerusalem complex as it was before its 11th-century reconstruction.