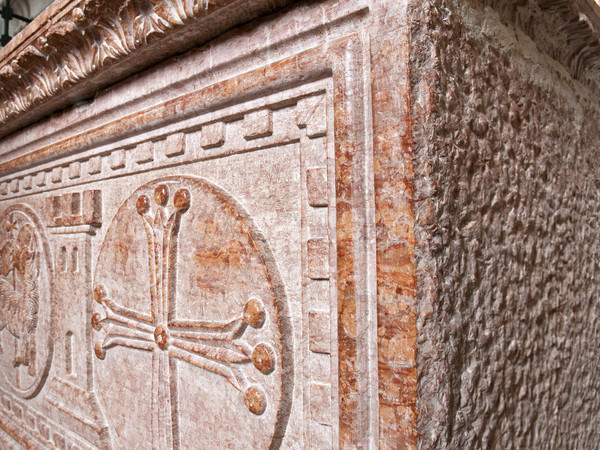 Detail of the Torriani Chapel at the Basilica of Aquileia. Photo by Gianluca Baronchelli
This chapel, off the basilica’s south aisle near the transept, accommodates the tombs of several members of the della Torre family of Milanese aristocrats, which provided as many as four patriarchs to the Aquileian church. It was built by Raimondo della Torre (patriarch 1273–99), whose sarcophagus can be found on the chapel’s left-hand wall. The chapel underwent various renovations, although traces of the original structure, with remains of frescoes, have emerged during the recent restoration. This is where, in 1503, the sublime triptych by Pellegrino da San Daniele was installed (now in St Peter’s chapel), with the paired portraits of Hermagoras and Fortunatus, Peter and Paul, and St George and St Girolamo.