452 | Attila conquers the city
On 18 July, at the end of a long siege, Aquileia is taken by the Huns, marching towards Rome | Eugène Delacroix, Attila and his hordes invade Italy and the arts, 1843-1847, Paris
Francesca Grego - 13/08/2021
It is a summer day in Aquileia. A stork leaves a tower with its young, abandoning the nest on the surrounding walls. it is a sign, or so Attila interprets it, who for three years has been holding the city under siege with his army. The last attack of the Huns does not forgive: for Aquileia it is the end. The impressive tale of ancient historians leaves no doubt and in the following centuries numerous legends will flourish around the sack of the prosperous Roman city, while the demonic fame of Attila, the "scourge of God", grows.
It's all true? If the Mersburg code reduces the siege to three days, still at the beginning of the twentieth century in the contracts for the sale of Aquileian land a clause reserves to the seller the rights on the possible discovery of a well, where the ancient inhabitants of the city would have hidden the their treasures before escaping the Hun siege.

How much salt did Attila's men scatter over the territory of Aquileia so that it could really be said to have been destroyed? Maybe too little, or maybe that wasn't their intention. The adventure of the city was destined to continue and the testimonies that confirm this are incontrovertible.
So let's take a step back and retrace this story together with the archaeologist Luca Villa, who has been involved in the field for years on a site that never ceases to reserve surprises. 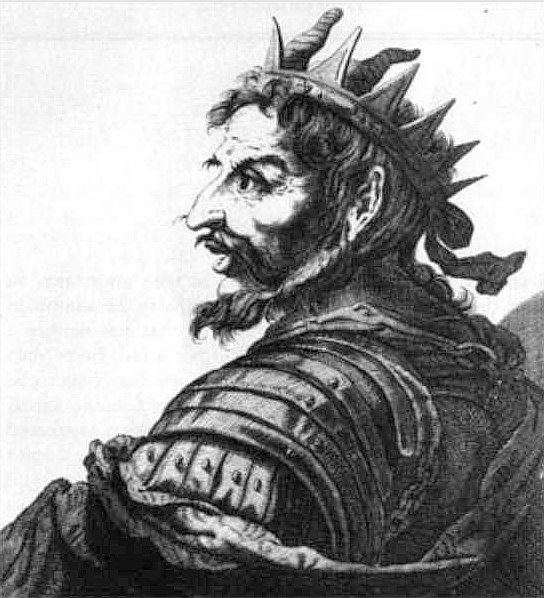 Portrait of Attila I Ganetto from Wikipedia, Public domain, via Wikimedia Commons

“In 452, and precisely on July 18th according to an ancient source, Attila conquers the Roman city of Aquileia after a harsh siege”, says Villa. “Ancient historians speak of total destruction. One of them wrote bluntly: 'Aquileia fracta est'. According to traditional historiography, therefore, the arrival of the Huns would have radically changed the fate of the city. In reality, a different story emerges from the archaeological researches of recent years. In Aquileia, life continues after the middle of the 5th century, even in areas that were thought to have been abandoned following the devastation of Attila. The city maintains its function as a commercial hub and continues to be a privileged landing place for some goods circulating in the Mediterranean. Of course, it is no longer the great port of a few centuries earlier, but it retains its vitality ”.

What findings have led you to this conclusion?
"Until the early 2000s, it was thought that after the siege of Attila the northern part of Aquileia had been abandoned and that the life of the city had remained compressed only in the southern area. This actually happened much later, in the Byzantine era. Many data show that after Attila's passage, the urban area continued to be defined by the large late antique walls. Personally, in 2004 I had already noticed traces of life following the arrival of the Huns in the northern sector of the city. Other important testimonies concern the Forum, the central square of the Roman town. A few decades ago, remains of grains and coins bearing the signs of a fire were found in the shops located around the Forum. All of this was immediately traced back to the Attilan attack. Later, thanks to the dating of the coins, it was realized that the fire dates back to a later period and that therefore the shops had remained in use even after the siege of Attila ".

In light of all this, on what basis does the widespread image of Attila the destroyer and scourge of God rest?
"The fame of the Huns as a terrible, almost inhuman people, was present in the Roman world even before Attila appeared on the stage of the Empire. In the fourth century, the historian Ammiano Marcellino speaks of creatures physically similar to beasts, coming from unknown territories beyond the Black Sea and close to an ocean surrounded by ice, whose ferocity and desire to plunder went beyond all limits. The story of Attila's invasion is grafted onto this image, producing interpretations and legends that have made his people one of the most feared of antiquity.
In reality, what Attila destroyed in Aquileia was the myth of an inviolable city. Until that moment Aquileia had never fallen by the hand of an enemy, it had never been taken by force. It had opened its doors to enemies, but no one had ever conquered it, not even the Roman emperors. Attila the destroyer is therefore a myth and myths sometimes make more noise than historical facts ”. 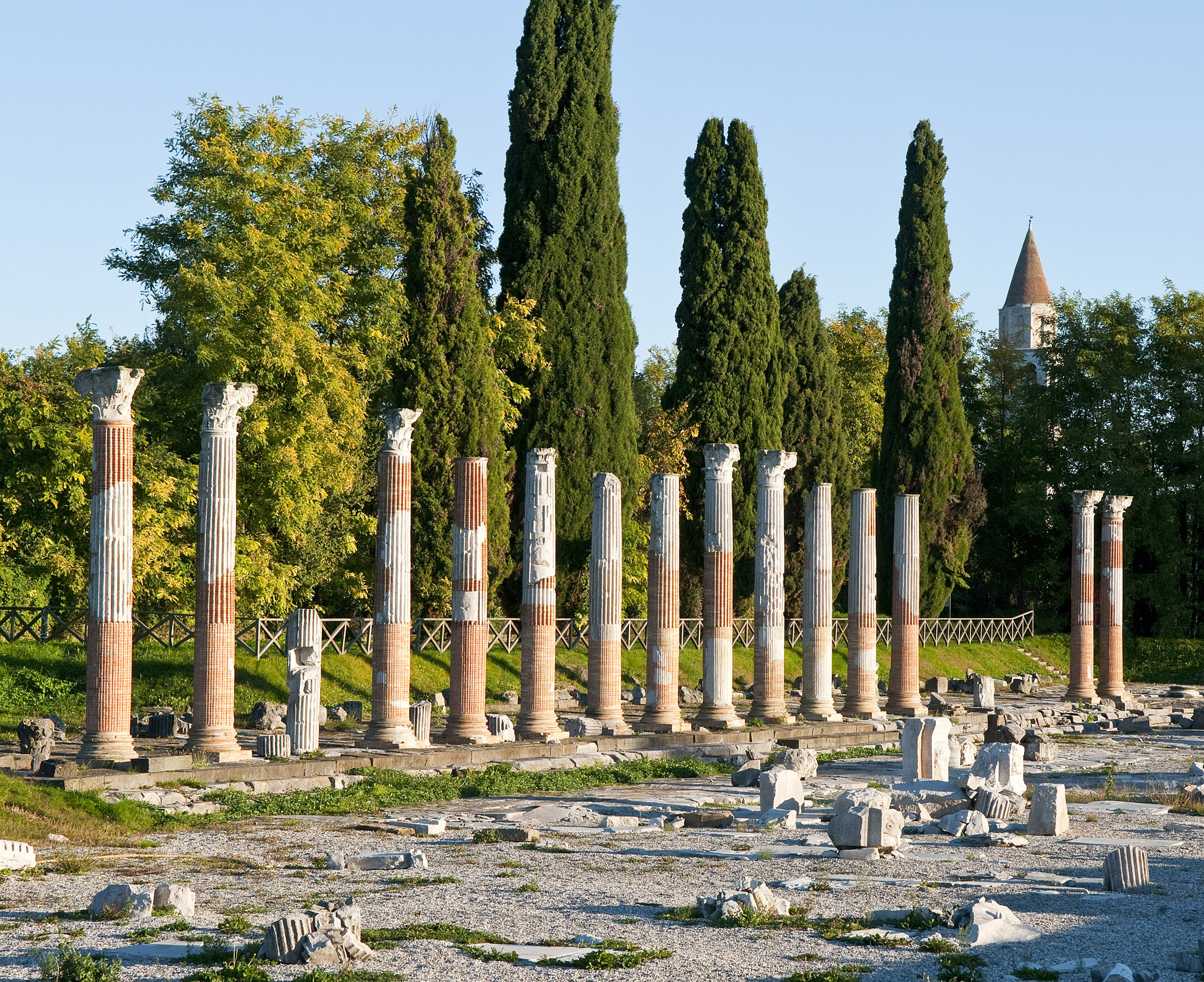 The columns of the Forum of Aquileia | Poto: © Gianluca Baronchelli

Attila exonerated, what were the real causes of Aquileia's decline?
“The decline of Aquileia was a long and progressive process, common to many Roman cities in the Po area. What initially had been its strong point - that is, being a crossroads between the Balkans, the East and the Italian peninsula, a strategic outpost towards the territories of the East - becomes a reason for weakness in the face of the unrest that develops. within the Empire. Most of the populations that invade Italy in this period come from the eastern front. Thus Aquileia loses its centrality in favor of less exposed and more easily defensible centers. For example, it is thought that in the second half of the fifth century the governor of the province moved to nearby Cividale, which had precisely these characteristics, subtracting resources and power from Aquileia ”.

Are there still places to visit in Aquileia to relive the story of Attila?
"The Forum, the heart of the Roman city, which Attila certainly touched during the looting, and the Paleochristian Complex, one of the most splendid treasures of Aquileia, on whose development Attila's attack probably had important effects. And then the National Archaeological Museum, where there are no typically Hun finds, but there are numerous evidences of the fact that for some time the Germanic peoples had been at home in the city. Germanic silver fibulae and collars tell of entire contingents of foreign soldiers who were enlisted in the Roman army, a very common phenomenon at the time. This also happened with the Huns, who certainly did not arrive in Aquileia for the first time in the wake of Attila. We know for example that a famous fifth-century general, Aetius, used the Huns to support the usurper John against the crown prince Valentinian III and to fight against the Burgundians in Gaul. "

What are the puzzles still to be solved regarding the siege of Attila?
"What we still have to understand is what the real impact of Attila's passage on Roman Aquileia was: which buildings were abandoned after the devastation and how the image of the city changed immediately after the Hun conquest. Archaeologists are already investigating this topic and I think we will have news soon ”. 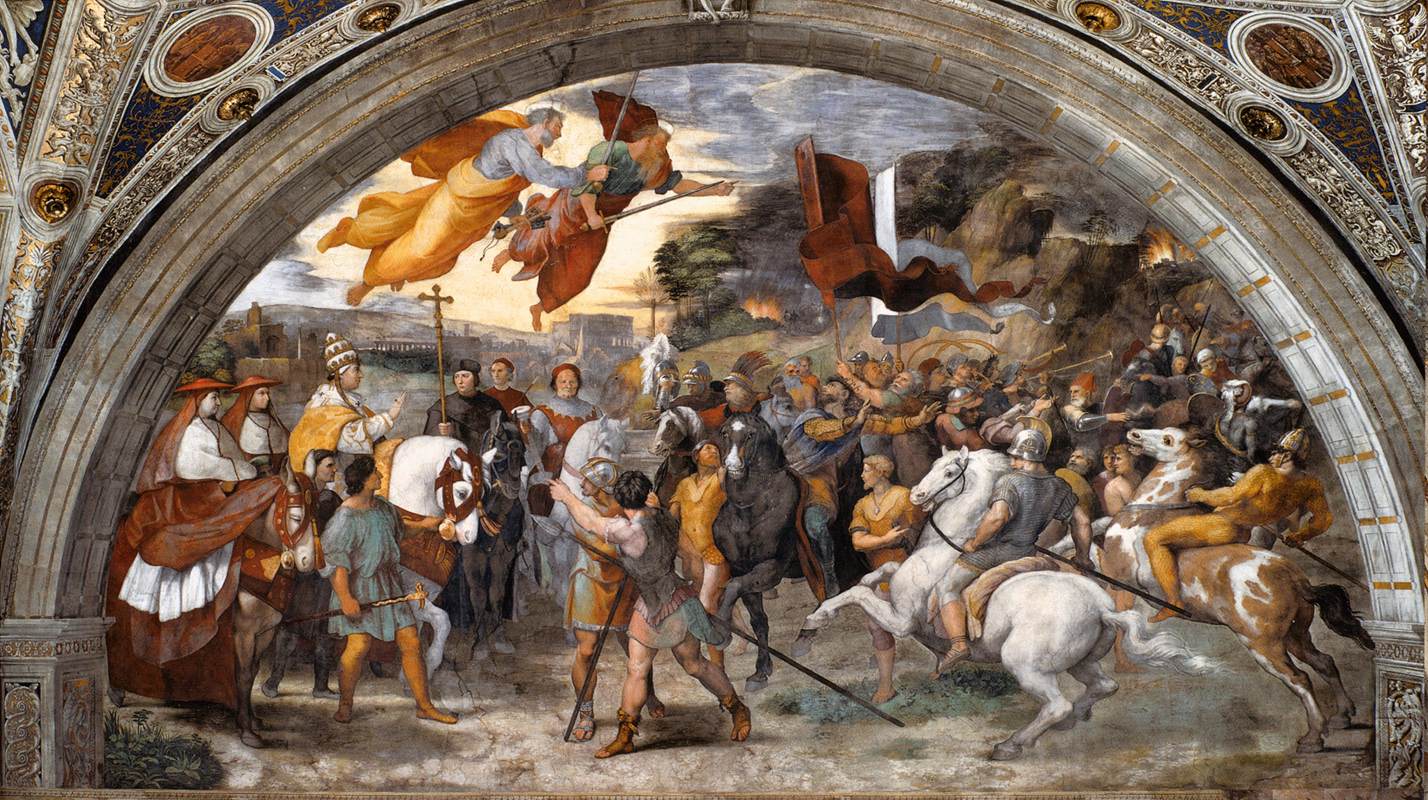