Among the guests Paolo Mieli and Alberto

Samantha De Martin - 21/07/2021
Guarded by the bell tower of the Basilica - which watches over the Friuli plain with its seventy-three meters high - a fascinating summer stage will transform Aquileia into the capital of cinema, music and archeology for seven days.

From 27 July to 3 August, the twelfth edition of the Aquileia Film Festival - the review of cinema, art and archeology, organized by the Aquileia Foundation in collaboration with Archeologia Viva, Florence Archeofilm and with the Municipality of Aquileia, Superintendence of Archeology Fine Arts Landscape of the Friuli Venezia Giulia region, PromoTurismoFvg, Regione FVG, So.Co.Ba. Foundation and the support of Solaris Yachts - will animate piazza Capitolo and piazza Patriarcato.

The wide grassy expanse of Piazza Patriarcato will host a large screen where conversations with the evening's guest will be broadcast live, curated by Piero Pruneti, director of Archeologia Viva, who will warm the stage in Piazza Capitolo. 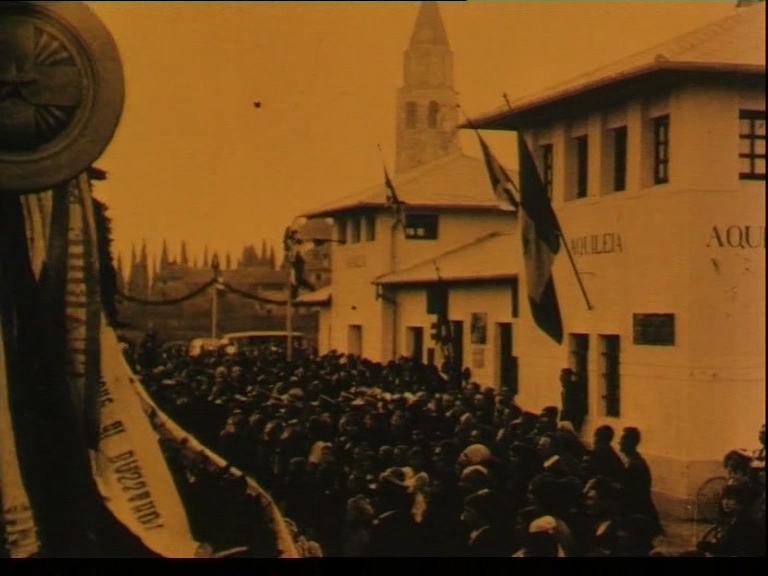 The overture of the Festival, Tuesday 27 July, promises to be in grand style, with an evening-event of silent cinema and live music dedicated to the centenary of the Unknown Soldier, strongly desired, as explained by Emanuele Zorino, mayor and president of the Aquileia Foundation " to underline the importance of the anniversary of the transfer of the body of the Unknown Soldier in 1921 from Aquileia to Rome and to open the celebrations that will see Aquileia protagonist throughout the year ”.

It will be an opportunity to attend the world premiere of the film Gloria. Apotheosis of the Unknown Soldier in a digitally restored version by the Cineteca del Friuli. The music will accompany the images, thanks to Valter Poles (composer and live electronics) who, together with Martina Pietrafesa and Diego Cal, will perform live the new soundtrack of the film supported by the Aquileia Foundation, and created in 2021 by Aquileia Digital Arts.

This will be followed by a conversation with the journalist Paolo Mieli who, starting from the themes of the film, will present his latest book, The therapy of oblivion. Against the excesses of memory, published by Rizzoli.

The story of the Trojan horse is perhaps one of the most famous stories ever told. But what if the myth of the horse wasn't true? Groundbreaking new discoveries show that one of the most famous stories of all time will likely need to be rewritten. The film The Mystery of the Trojan Horse will guide the audience in this direction on Wednesday 28 July at 9 pm. On the trail of a legend of Roland May, Christian Twente. 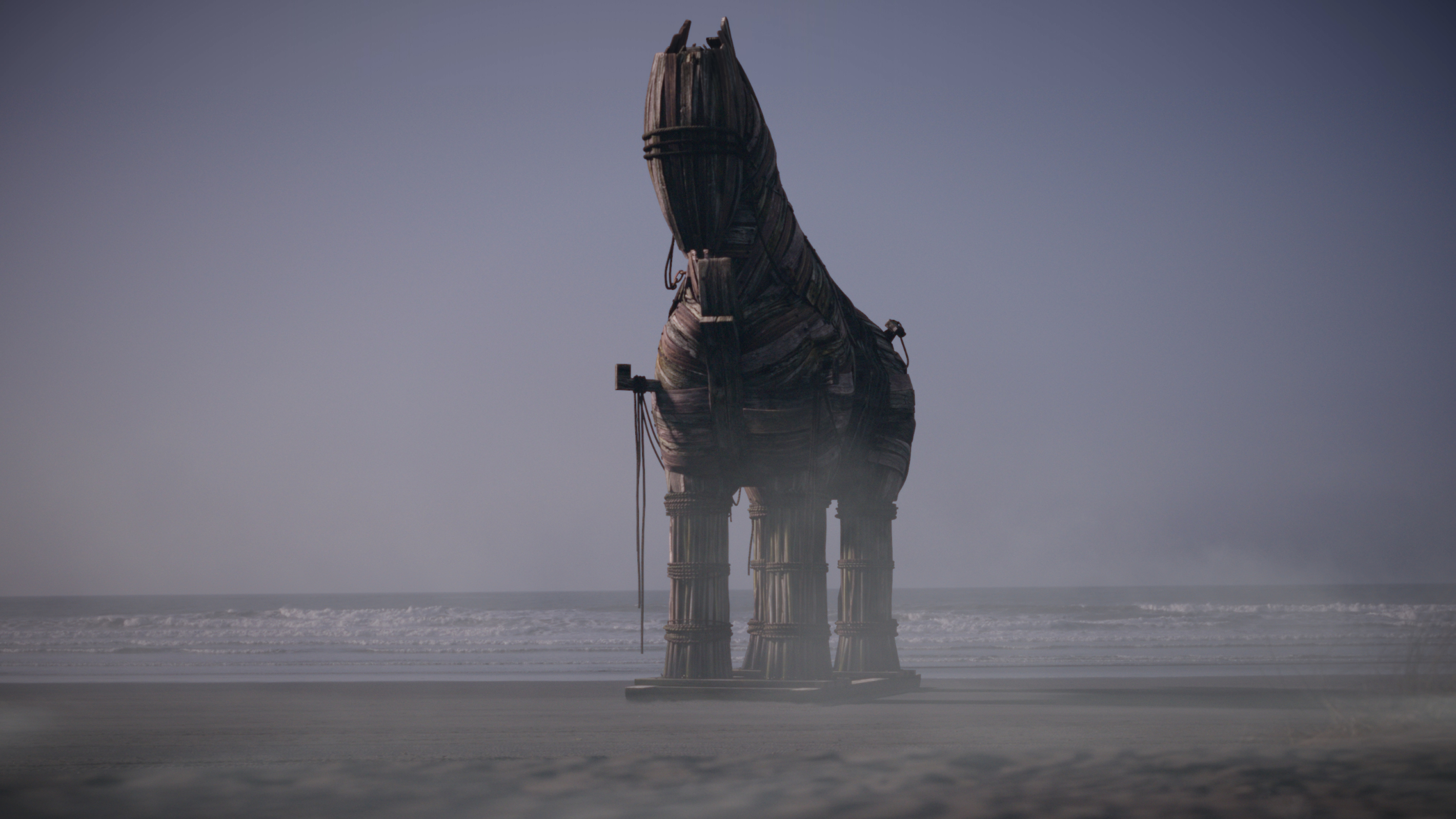 Following, at the end of the conversation with the naval archaeologist Francesco Tiboni, the short film Choquequirao, the sacred geography of the Incas by Agnès Molia, Nathalie Laville remembers this people of brilliant architects who, although they did not know writing or even the wheel, created enormous stone buildings and multi-level terraces for agriculture.

The appointment of Thursday 29 July instead takes us into the sea, on the trail of an extraordinary underwater heritage. Produced by Rai Cultura, under the direction of Eugenio Farioli Vecchioli and Marta Saviane, the film The submerged heritage. A museum at the bottom of the sea reveals the wonders of the city of Baia, but also the history of the Roman ship of Albenga and the dancing satyr of Mazara del Vallo. Guest of the evening, the archaeologist Cristiano Tiussi will deepen the strategic importance of the river port of Aquileia for the history of the city. 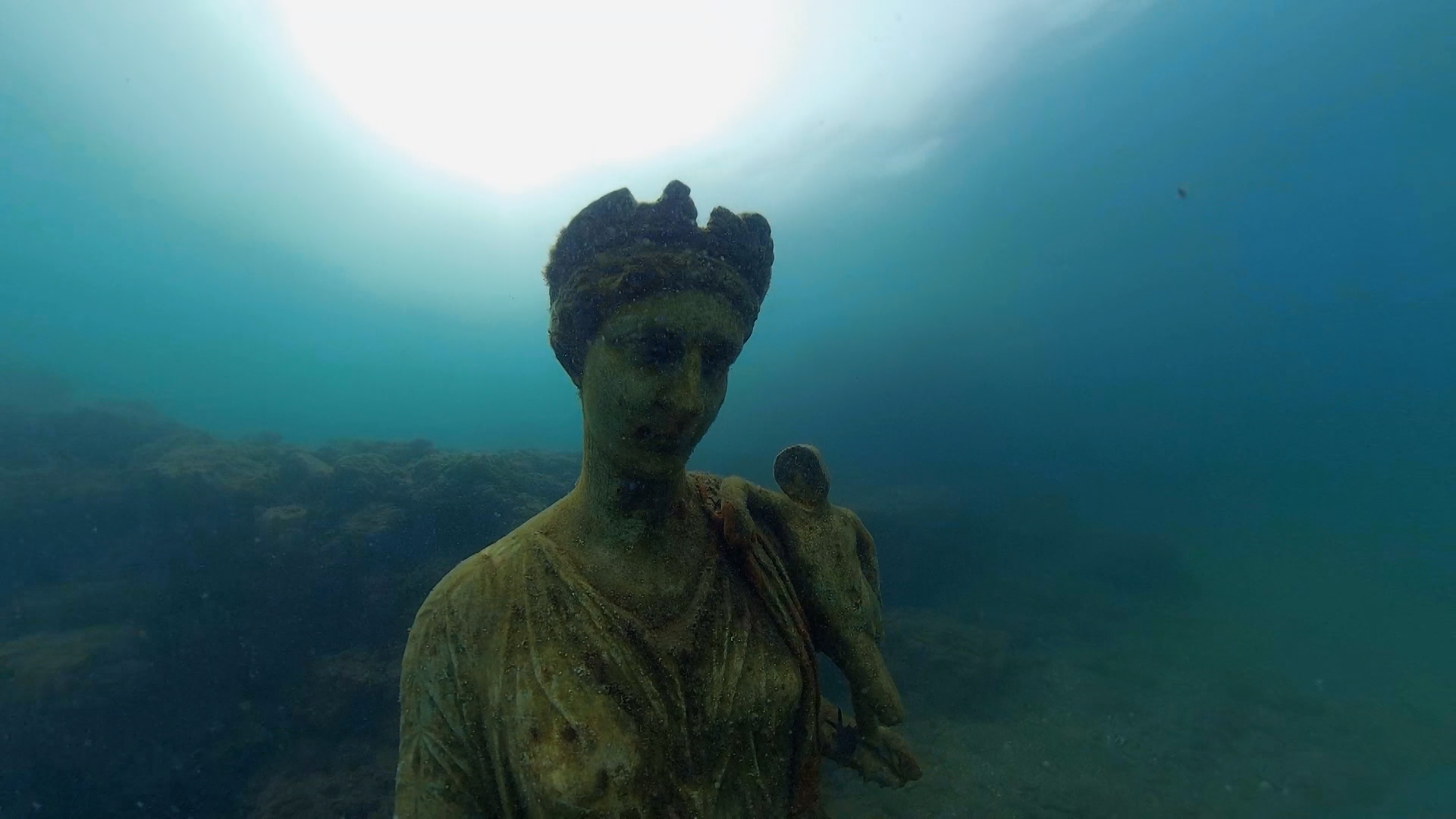 From piazza Capitolo the public will embark on an archaeological expedition in the heart of Gabon, on the trail of the first men along the Congo river, led by the short film Elarmekora by Clément Champiat. Expected guests of the evening of Friday 30 July will instead be the tools of technology lent to the archaeological heritage.

The short film Investigations in depth. Guilain Depardieu and Frédéric Lossignol's robot from the abysses will follow a team of archaeologists off the coast of Toulon, France, as they send the humanoid robot “Ocean One” to a wreck.

Special guest of the evening, Alberto Angela will present his last two books in Nero's trilogy, The Last Day of Rome and Hell over Rome, published by Harper Collins. 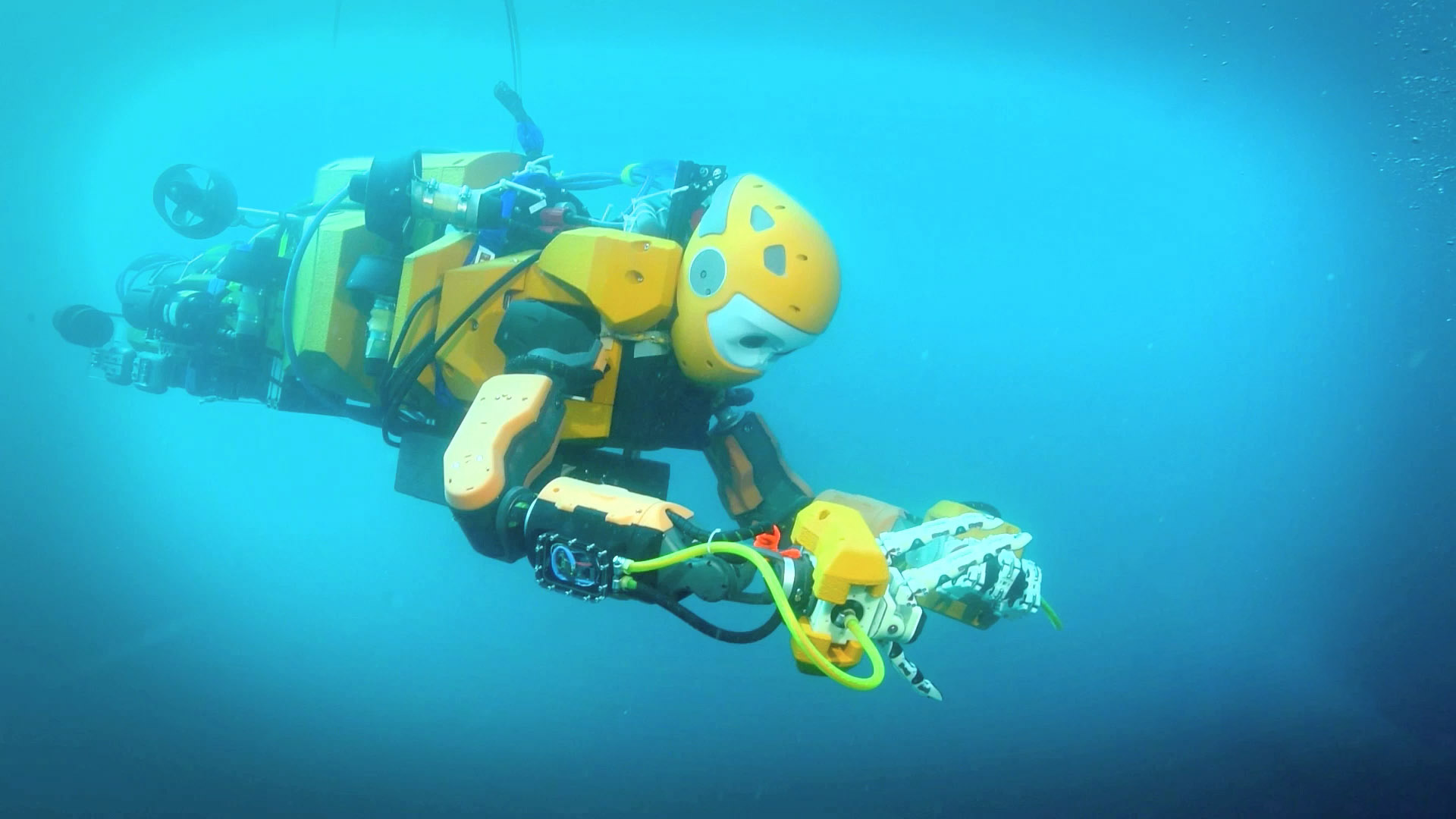 The new entry this year, in the now well-established formula that combines cinema, archeology and great science communicators, will be music.

Saturday 31 July at 9 pm the rhythms of MARAM Oriental Ensemble will make us travel along the eastern shore of the Mediterranean. Starting from Morocco, riding the notes, we will travel through North Africa, passing through Egypt, Palestine, Lebanon, Syria, Iraq, up to Turkey. The event is combined with the exhibition From Aquileia to Bethlehem: a mosaic of faith and beauty that alternates music, scenic reading and projections.


The patriarchate of Aquileia and the ideal cities
Two out-of-competition evenings moderated by Elena Commessatti are also scheduled. On Monday 2 August, the world premiere of Patriae will be screened. Journey to the Patriarchate of Aquileia by Marco D'Agostini, produced by All and Arlef. The documentary follows the journey of fourteen-year-old Carolina, engaged, on the occasion of a research on the Patriarchate, to trace the most significant passages of over three centuries of history in the territory. On Tuesday 3 August, thanks to the screening of the docu-film produced by RTV Slovenija, the spectators, through The ideal cities directed by Amir Muratović, will follow the birth of Aquileia, Gradisca d'Isonzo, Palmanova, Torviscosa and Nova Gorica, developed in the Friuli plain and along the Slovenian border starting from a unitary project. 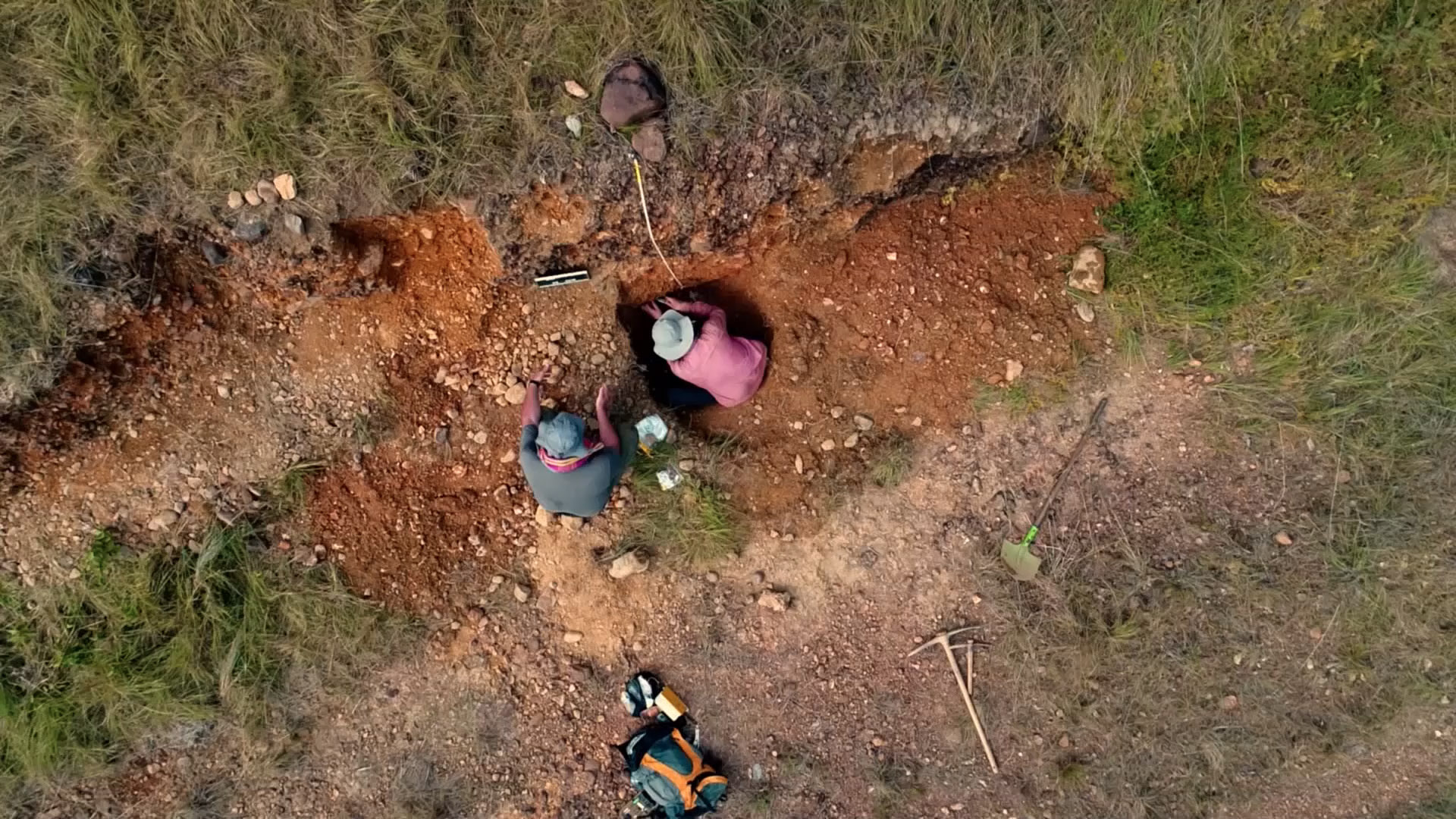 Other readings:
The long summer of Aquileia